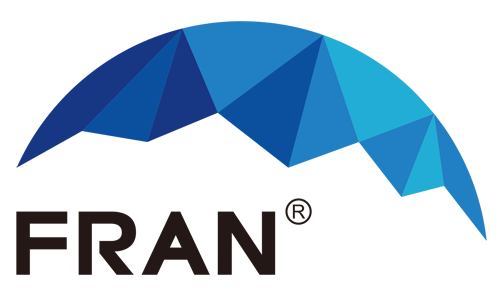 Worked as Leader of Tool Maker of Tool Department

It is quite hard to see Zhangshun in 1.5-floor. This time we had an appointment at half past two. As soon as I reached 1.5-floor, I saw him sitting on the round table, which seemed to be waiting for me. As the saying goes, “state outside is based on inside”, look Zhang Shun, plump shape, puppy fat smile, eyes narrowed into a line, the whole looks like a good-natured maitreya, get along for a while and you Zhang Shun mild temper, is simple and honest.

“My wife joined Fran in 2005. I joined Fran is because our CEO Mr. Pan planed to set up mold department. I was experienced as tool maker, so I would like to try. As the saying goes, the man was afraid the choice profession, “the woman has been afraid mistakenly marries has given the good-for –nothing husband”I think my choice joined Fran is correct. Over the past few years, Fran is really thriving. No matter from production, sales, company environment, we saw the development of Fran. I believe Fran would have a better future. Thank Mr. Pan and Fran gave me a place to show my ability.”

“I am a little surprised to win Monthly Star after joined Fran for so many years. I am quite nervous when you said you were going to interview me. I was just trying to be calm.”He laughed and sat down. We have a very complex mould needs to be done in April. After normal working time, I worked overtime to the next day to assure the mould finished before Apr. 21st. I believe that every employee in Fran would work overtime to complete the task. In April, we did a good job in our mould department. Together we complete 8 new moulds, 1 spare mould, and 10 modified moulds for engineering change. Thanks to Fran and my leader, I will continue to work hard.

“Why you joined Fran Running Team?”

“I like running. Running is a common method of exercise. I had the habit of running before attended running team, there being no one to guide, the wrong running form let me injured. As soon as Fran running team has been set up, I attended. We have fixed running time every week. I could run together with colleagues. And after professional guidance could prevent from injures.  Even we often have chance to run a marathon. If you keep running, you will find that rest is just as important as running. A healthy body is the key to running. And in running, it helps the runner to balance work and life efficiently. Work in addition to running, the man also want to understand the romantic, occasionally with my wife to see movies, to see son, life is colorful.”

Physical exercise can tough your mind and persistence leads to success. Persistence is the key for both running and work. Fran remember each like Zhang Shun remains in his position. And we wish every people in Fran could own a bright sky to show their talents.